Do women count in Norway? No. 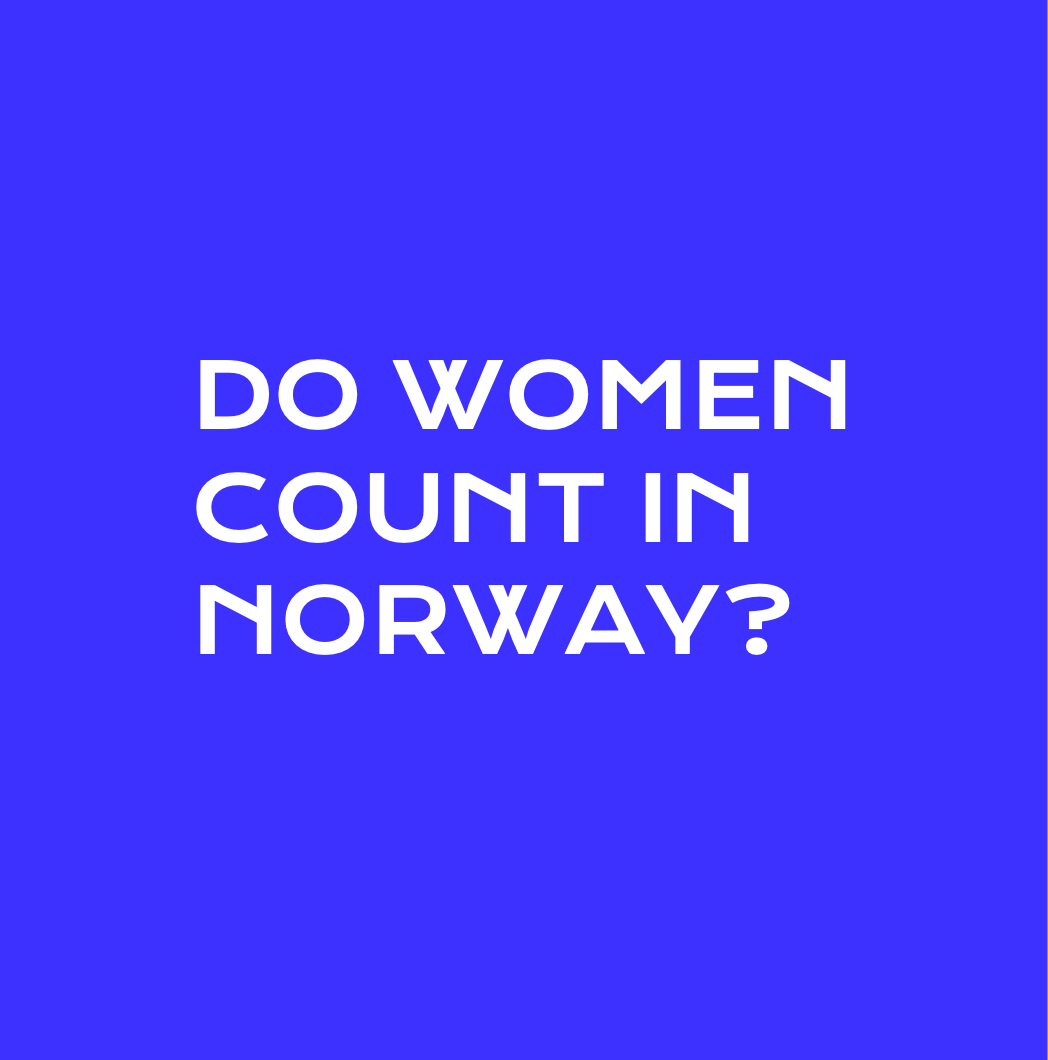 Norway introduced self-declaration of sex (not gender) in 2016. The stated purpose of this, was to specifically allow people to be legally recognized as their preferred sex (not gender) WITHOUT having to undergo or plan to undergo ANY consultations or changes. Specifically, in order to score points on the IGLA “sexual rights” list, which list how well countries are implementing the Yogyakarta Principles, self-declaration of sex was allowed specifically so that people could maintain their bodies. Which means, in Norway, fully intact males can register themselves as female for any or no reason.

The same is also true for females, of course. And why would this be a problem? There can’t be that many people who wish to have a national insurance number that reflect their subjective experience of their sex? Why would it matter?

Statistics that reflect the reality of women’s situation

States who have signed the UN convention  for the elimination of all forms of discrimination and violence against women (CEDAW) have an obligation to keep statistics that reflect the reality of women’s situation. One of the aspects of women’s situation that states keep track of, is rape. The Norwegian police academy annually publish the report “Rape in Norway”, based on the data pulled from the national insurance numbers of those reported for rape, and of their victims.

Whereas the bias introduced by males being registered as female (and vica versa) would be small in most statistics, one can expect statistics which are already based on small samples to be affected more seriously.

Increase in number of women reported for rape

One example of this is women who are reported for rape. In the year following self-declaration of sex, the number of women reported for rape increased from a steady 12 pr year, to 41. This increase is partly explained by a change in the definition of rape (15 of the cases are explained to be due to this change). But, considering the radical change self-declaration represents to the variable “sex”, which was specifically implemented in order for people to retain their bodies fully intact, could it be possible that some of the increase in the number of women reported for rape was related to the increase of male-bodied “females” ?

In any case, how was this radical change in the variable “sex” met by statisticians and in order to meet the criteria set out in CEDAW? CEDAW specifies that sex is “the physiological property that distinguish men from women”.

Is it still possible to distinguish men from women on the basis of sex after a country has implemented self-declaration of SEX?

Is it possible to confirm or deny that male-bodied people are included in the category “women reported for rape”?

I asked the statisticians in charge of the report:

Is it possible to check if someone has changed their registered sex? Is it technically possible to distinguish gender identity from sex in the variable called “sex”?

The answer was no.

It is not technically possible to process the data in ways that can distinguish “sex” from “gender idenitity”.

the variable “sex” refers to both and neither

Without the technical possibility to distinguish between sex and gender identity, the variable “sex” refers to both and neither.

Signatory states of UN CEDAW have made an obligation to emliminate all forms of discrimination against women. One of the key methods to do this, is to produce statistics which reflect women’s situation. Women are defined by UN conventions as a sex-class, not as a gender-class. A variable called “sex” which does not distinguish between “sex” or “gender-identity”, fails to meet criteria set by UN conventions.

The statistician did not seem to understand that self-declaration even existed. Also illuminating: they thought “trans women” meant “women who wish to be percieved as men” (!!!!!)

I do not blame them for misunderstanding the term. There was no risk assessments made *whatsoever* before the Norwegian government decided to implement self-declaration of sex. If there had been, the government might have realized just how poorly people’s grasp of gender identity politics really is.

They might also have realized the entire concept of self-declaration of sex is in breech with women’s existing sex-based rights.

The Norwegian government considers the random “yogyakarta principles”, more important than the *existing rights* of half their country’s population.

The report “Rape in Norway 2017” made sure to track the changes to the categorization of certain kinds of sex-acts. But no-one thought to track the effects of the changes made to the entire variable “sex” ?

Gender identity politics is such an epic clusterfuck of misogyny. Women do not count, literally,  to the politicians and people supporting this ideology.